Where on this graph would you position your happy zone?
Where would your team members position theirs? 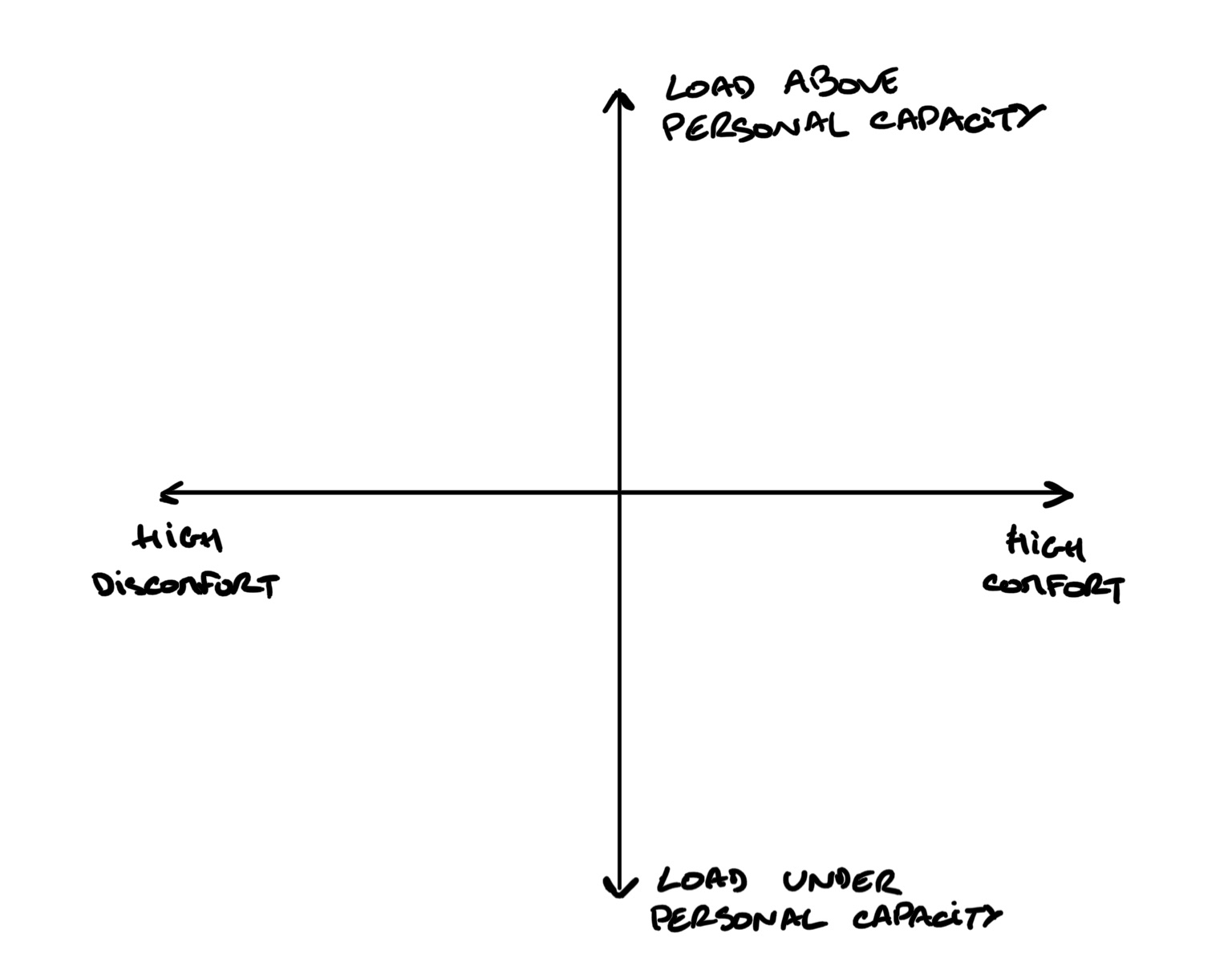 On the vertical axis is the load of work, ranging from easily manageable at the bottom, to impossible to complete in its entirety under reasonable working hours (a.k.a., “some balls will be dropped”) at the top. On the horizontal axis is the feeling of comfort, ranging from highly uncomfortable (a.k.a., “I have no idea what I’m doing”) on the left, to highly comfortable on the right.

Let me start by ruling out any sort of value judgement here. A given team would most likely see its people distributed throughout the graph, and there certainly would be both positive and negatives things to say about all of these individual traits. I’m quite sure we could argue that effective teams are actually quite balanced in this regard, in the same way that every team needs a tank, a healer, a damage dealer, someone with crowd control abilities, and another who knows iptables.

If I were to draw my personal happy zone, it would probably look like this: 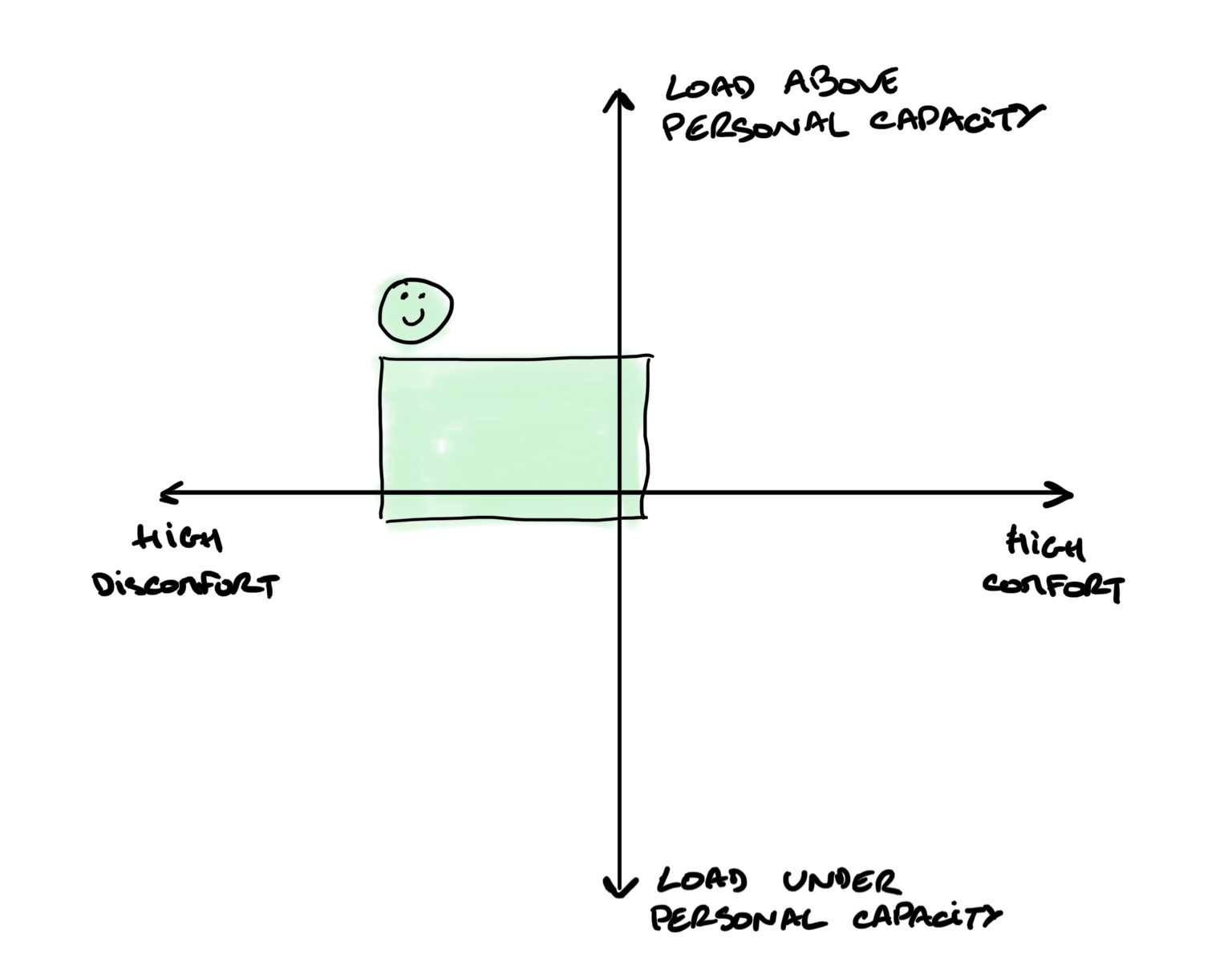 As time goes by

Load at any given time is a function of one’s positioning and the company’s current phase. Ask any early employee in a startup experiencing hyper growth and they are most likely to tell you that everyone’s load is way above individual capacity regardless of their role. However we can assume the load will eventually converge as the company matures to what each position requires. Ultimately, we can expect load at any given position in a mature company to remain reasonably constant.

Comfort however will inevitably drift to the right as mastery grows in a given position, regardless of the level of load. 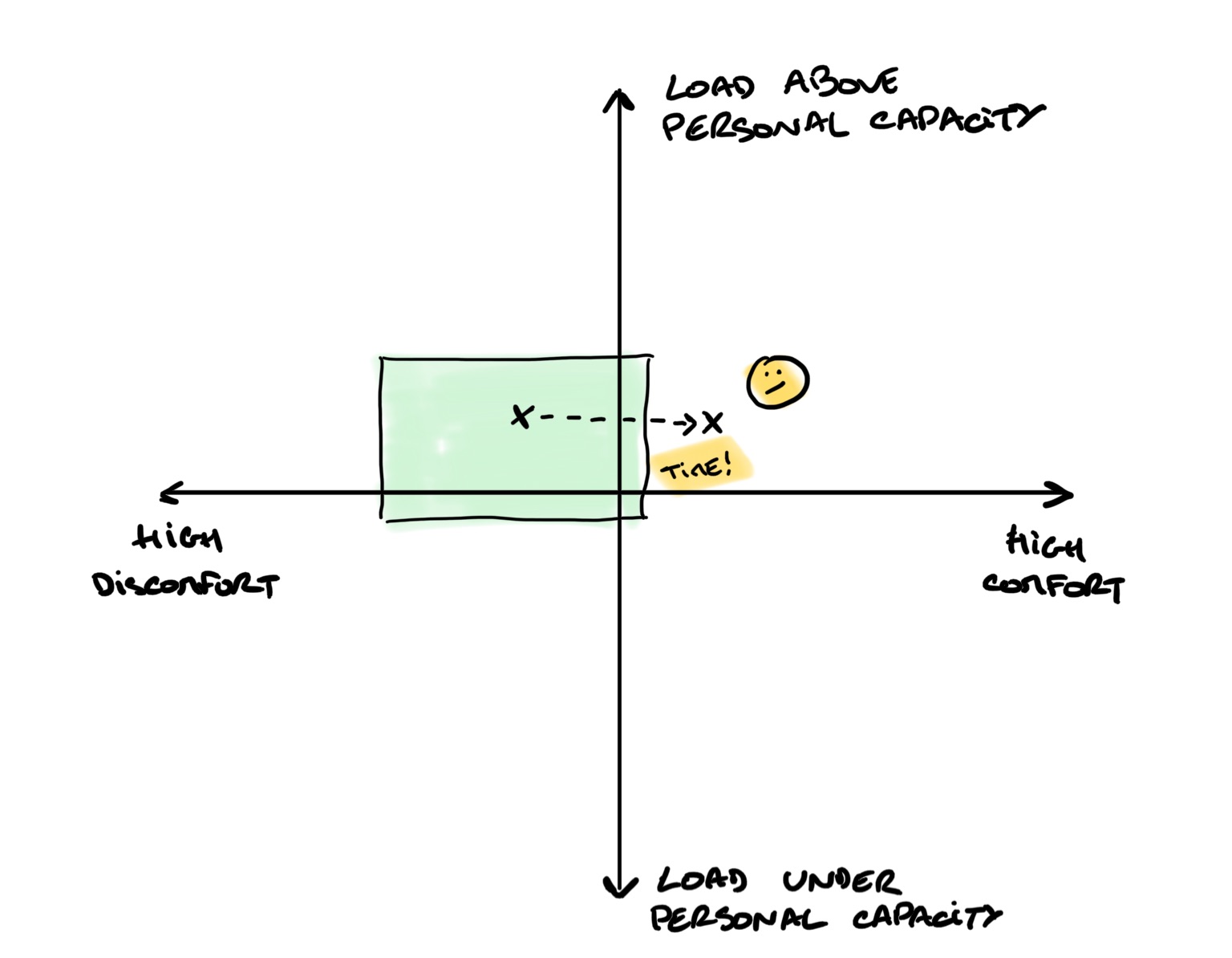 Conversely, internal mobilities (both lateral and promotions) will be a sudden push to the left as some amount of comfort is lost. Last but not least: people change, life happens, and it would incorrect to assume that the zone itself won’t move over time, albeit more slowly than companies and organisations evolve.

Only a Sith (or a bad manager) deals in absolute

Happiness at work is directly tied to the current distance to your preferred zone, but temporarily stepping out is fine as long as you can see the way back. For a most common example: taking a new position might put you way beyond your acceptable level of discomfort, but that’s something you may accept as long as you can see yourself progressing back toward your happy zone in the context of the new position. 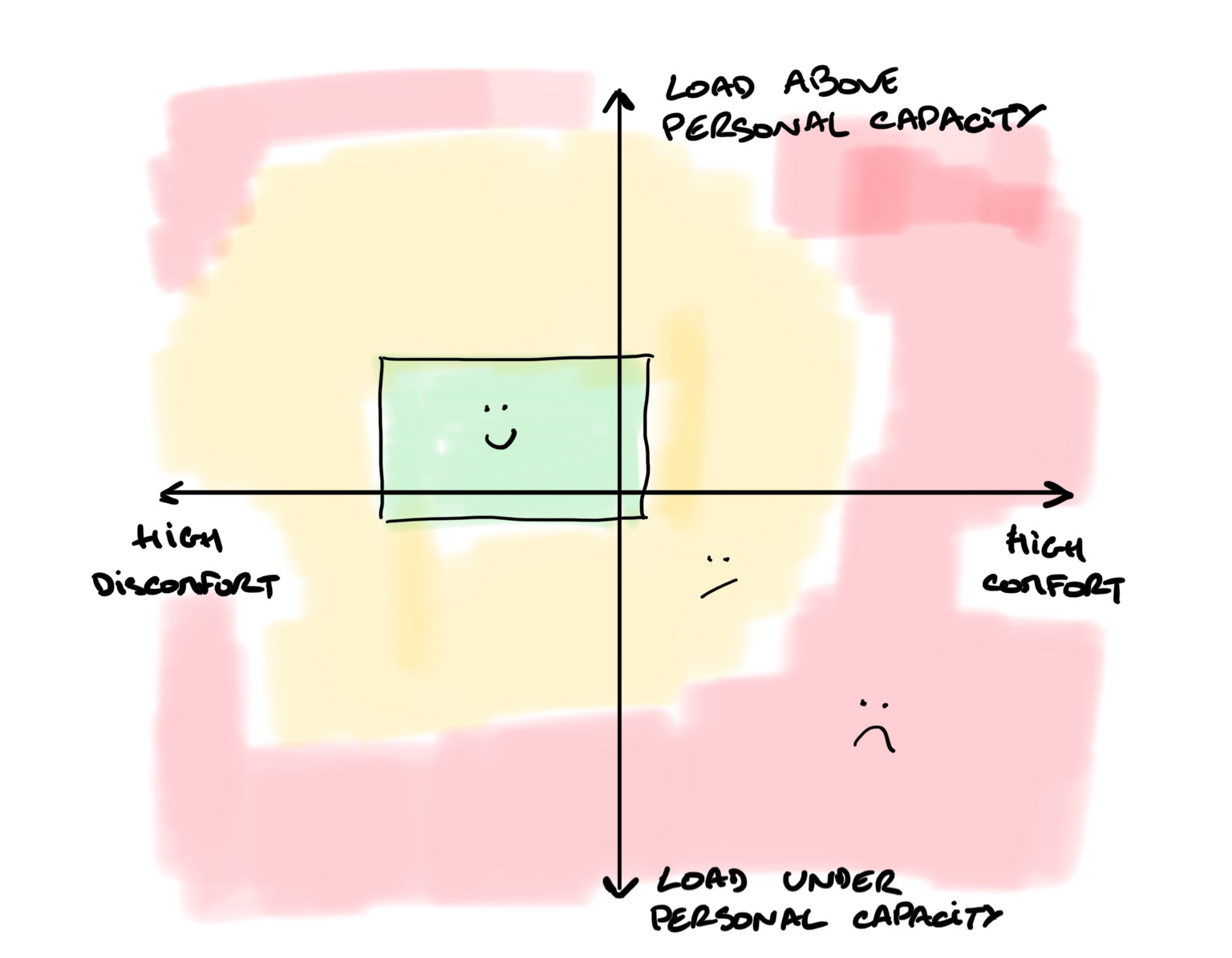 It’s crucial however as an engineering manager to understand where your team members expect to be versus where you are asking them to be. I’ve seen people entirely reconsider their worth and competency purely because an organisational context had put them too far of their zone for too long: a very direct path to burnout. Related to that is the important realisation that an untenable distance to the happiness zone can be created in every direction: too little to do can be as detrimental as too much to do depending on the person. 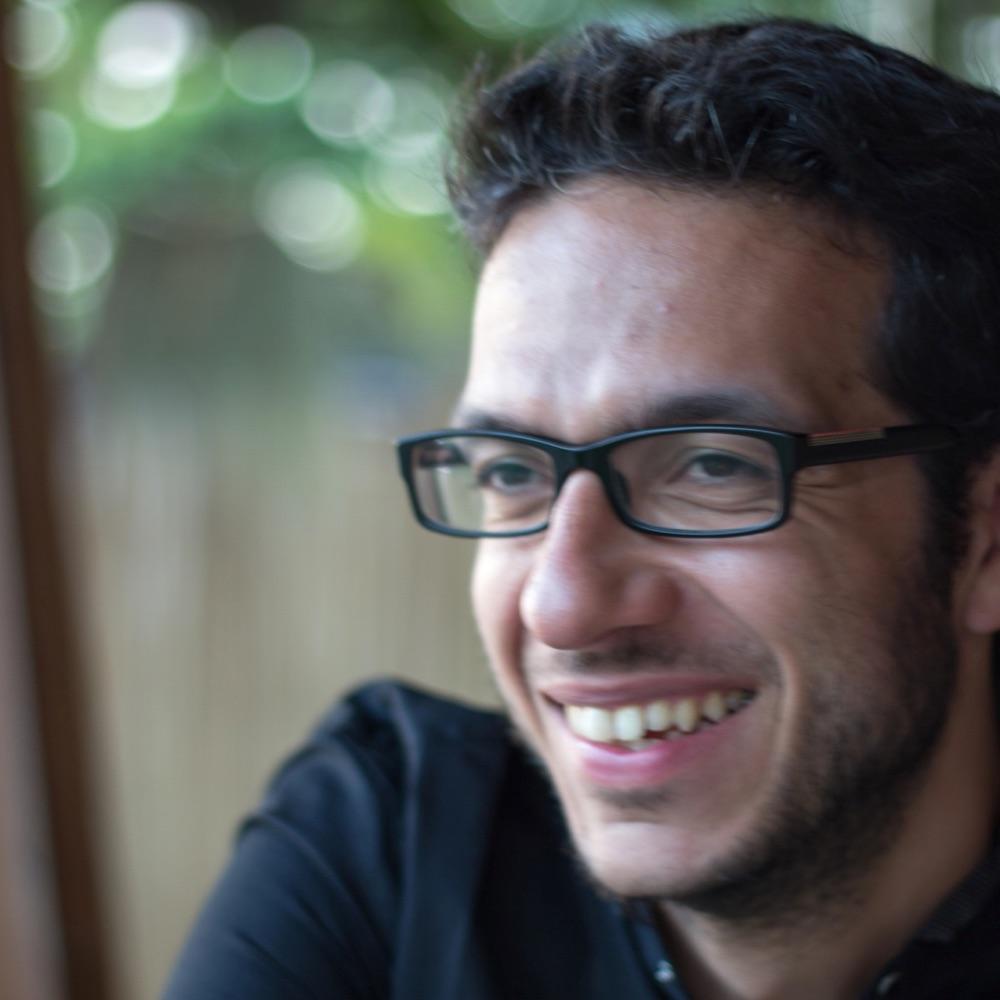 Arnaud Porterie is currently Deputy CTO at Veepee, and was previously a core maintainer of the Docker open-source project and engineering leader for the Engine team inside Docker, Inc.
Read More

I joined Veepee as VP Engineering after leaving a Senior Engineering Managerrole at Docker in mid 2017 with the goal of learning what it ...… Continue reading

A structured approach to labeling

From spreadsheets to Airtable